Rocks – building blocks of the landscape 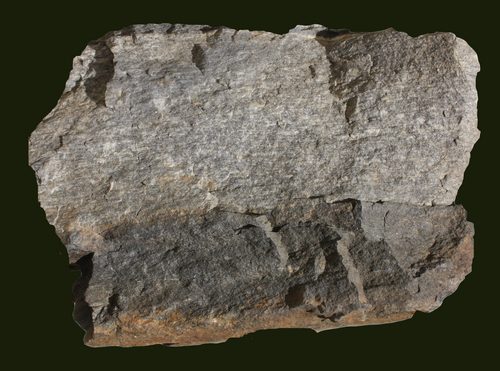 Rocks build up the landscape and are composed of many different minerals. In the Krahuletz Museum you can immerse yourself in the wonderful and colorful world of rocks.

Maissauer Granit is a plutonite that originated from a granitic melt (magma) around 570 million years ago. He froze in the earth’s crust several kilometers down without reaching the Earth’s surface. Only elevations in a later mountain formation and the removal of the overlying rocks brought him to the surface. During the slow cooling, the individual minerals that make up the rock crystallized from the melt.

In addition to the minerals quartz and mica, the reddish-colored feldspars are typical of the maize granite.

The cordierite orbiculite of cottagers at Groß Gerungs in the western Waldviertel is a rarity, as only two other occurrences of such rock are known worldwide. This ball rock in Weinsberger granite consists of spherical to ellipsoidal structures (orbicules), which usually have a core of foreign rock (gneiss), rarely also of feldspar. The foreign rock was entrained in the intrusion of the magma of Weinsberger granite from the adjacent rock and partially melted. The radial rays of the blue mineral cordierite first crystallized from this mixed melt around the cores. The shells were often divided by layers of mica into several layers. Later, individual cordierite crystals crystallized in the matrix as well as the Weinsberg granite itself, which is 328 million years old.

Marble is a transformational metamorphite that is not uncommon in the Waldviertel. It was originally a lime mud with clayey interlayers that was deposited in a sea more than 600 million years ago. During the Variscan orogeny around 340 million years ago, the deposit rock was converted by high pressure and high temperature to marble with dark, graphitic layers. During this metamorphosis, the sugar-corked calcite crystals of marble developed from the limestone remains of the former marine animals. By adding different minerals, there are marbles in different shades. Its low hardness and colourfulness make it an ideal sculptor’s stone and its crystalline, sugar-grained texture creates the effective shine of the polished pieces in striking light.

The Hollabrunner gravel in the Weinviertel is a sedimentary rock (sedimentary rock), which was solidified in some areas by calcareous binder to conglomerate. The coarse, colorful gravel and sands were deposited about 10 million years ago in the branched channels of a river (“Ur-Donau”). This predecessor of today’s Danube drained the northern edge of the Alps and flowed across the Weinviertel from the west via Hohenwarth and Hollabrunn in the direction of Mistelbach, where it flowed into the Pannonen Lake. In the gravel fossil remains of plane trees, bald cypresses, rhinos, various old elephants and apes were found, which point to a similar cohabitation as in today’s river valley forests of Africa.

The Bittesche gneiss is a transformation rock (metamorphite), which goes back to a granitic rock. Like Maissauer granite, it froze in the earth’s crust about 580 million years ago from a granite melt (magma). It was converted into a granite gneiss only during the Variscan orogeny some 340 million years ago. Mighty rock bundles were pushed onto the gneiss at several kilometers depth, creating his typical platy texture and the longitudinal stripes of dark mica. By subsequent lifting and erosion of the overlying rocks, he came to the surface. Today, the bright natural stone slabs of the Bitteschen Gneiss are popular stepping stones and decorative stones in garden and road construction.